Traffic can also be put on the Fast-Path. The fast-path allows traffic while bypassing deeper inspection. For example, you may want to allow ICMP traffic for troubleshooting. You could add this to the pre-filter policy with an action of fast-path, saving resources.

Pre-filtering is only supported on Threat Defence. ASA with Firepower Services cannot use pre-filter policies. 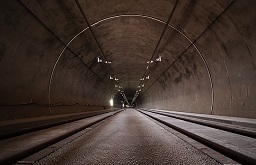 Tunnels carry traffic over a transport layer. An example of this is carrying IPv6 traffic over IPv4 during migration. Another example is separating tenants with GRE tunnels. These examples are different to tunnels across the internet, which encrypt their contents.

Firepower looks at the inner headers of an unencrypted tunnel. The pre-filter policy inspects the outer headers and blocks unauthorised tunnels. Authorised tunnels are then passed to the ACP for deeper inspection.

Firepower includes a single default policy. This policy passes all traffic through to ACP for deep inspection. Firepower uses this policy by default when you create a new ACP.

Policies are a series of rules, as shown below. There are two types of rule available:

Each policy has a default action. The default action only applies to tunnel traffic. All other unmatched traffic is sent to the ACP for deep analysis.

Any tunnel traffic that doesn’t match one of the rules in the policy will have the default action applied. This may be blocking the tunnel traffic or passing it through to the ACP for deep analysis.

Click Add Prefilter Rule, and add in the basic information like the Name, and where the rule is inserted.

The Action can be set to:

There are a series of conditions that may be specified to match traffic. This includes source and destination interfaces, IP addresses, VLAN tags, and port information.

Logging generates events. Logging is required to see information in the dashboard and analysis sections.